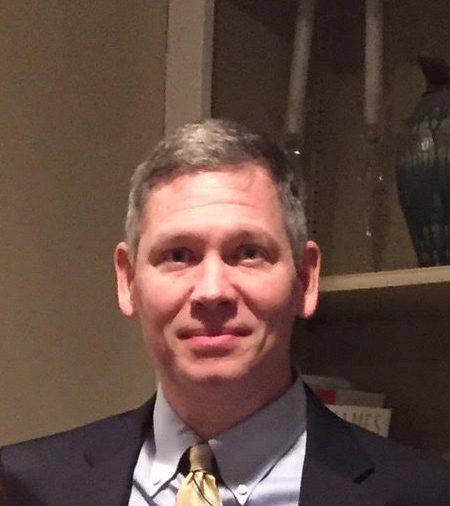 We are excited to announce the addition of Sean Stickler to the SMC Team as our Chief Financial Officer. Sean is a member of Senior Management advising the Owners and management team on high-level financial matters while leading the day-to-day operations of our incredibly committed staff in the Accounting / Human Resources Department. Originally from Pennsylvania Furnace in Central Pennsylvania, Sean was drawn to the work that SMC does because he has a strong interest in making a difference in our environment. Sean grew up in the mountains and has been an avid fly fisherman since the age of 12, so water quality and watershed protection are two things that hit very close to home with him. Sean also embraced the opportunity of assisting in the further development of SMC’s growing business alongside fellow Penn State alumni and President of the firm, Jennifer Rauhofer.

Sean is based in Austin, Texas with his wife, Michelle and two teenage daughters, Alaina and Ava. He is involved in the local Trout Unlimited Chapter, and when not fly fishing, enjoys playing tennis and gardening. Sean volunteers at the local botanical gardens and is a certified Penn State Master Gardener, currently trying his hand at growing olive, pomegranate, orange, and grapefruit trees in the Central Texas heat.

Previous to SMC, Sean worked as the Chief Compliance Officer and Director of Finance for 10 years with the Chesapeake Capital Corporation – a futures trading hedge fund based in Richmond, Virginia.  Prior to Chesapeake, he managed the Corporate Tax Department of the Shaner Group and Rex Energy Corporation – a publicly traded independent oil & gas producer – where he worked with his biggest inspiration, Chairman, Lance Shaner.  Mr. Shaner not only guided Sean professionally and encouraged him to seek an MBA, but was also the epitome of class in the workplace as he was generous to both his employees and to charity, and was involved in his local community. Sean tremendously respected the example set by Mr. Shaner and has carried this with him in his own career as an example of setting the bar for how management should conduct themselves.  Seeing these similarities in the SMC culture further solidified Sean’s interest in joining SMC.

Sean has a BS in Accounting from Penn State University and a MBA with a Finance concentration from The Rochester Institute of Technology.

Having Sean on board will help facilitate SMC’s continuing growth and success, especially in the uncertain times of the COVID-19 pandemic. Although he resides in Texas, his integration into the SMC team has been seamless, providing immediate and steady leadership for our firm’s shift toward a more flexible remote working environment.